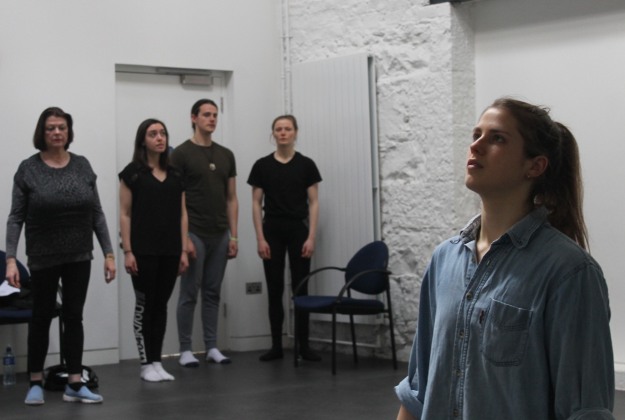 “A little piece of Art”
Finding a sense of form in the character, the piece or the play through the Michael Chekhov Technique.
NUIG Galway
August 16-19th 10 – 5.  Tutor Max Hafler
For Actors, Students, and Directors .

Michael Chekhov said that everything you did onstage, every exercise, every improvisation, every scene, every play needed a ‘feeling of Form’ and a “feeling of Entirety”. Each piece had to be “a little piece of Art”. We are going to explore these two fundamental planks of Chekhov Technique to enable us to create more believable and focussed characters and performances using the psycho-physical technique which through the imagination and the body takes us to new realms.

Getting the whole understanding of form in our bodies is crucial. How do you start a scene? What are the dynamics? And how does the scene end? And what happens in between? Working with tableaux, gesture and transformation, we will work with a yet to be decided text. This technique will give a strong grid on which to work, yet at the same time give you as a performer/director an immense freedom. It is both completely practical and helps the performer to express the invisible.

It is going to be exciting.

Of course these ideas  of Form and Entirety are not new in consideration of art but they are too often dismissed or ignored by practitioners as outmoded or outdated, that they make smug or complacent art, as if life could be tied in those kind of parcels. I would question whether theatre has the slightest responsibility to imitate life in quite that kind of way, even if this was true.

Form and Entirety [or wholeness] are related of course but are not quite the same thing. I would say that Feeling of Form is something the performer practises that becomes an inate performance skill  whereas a Feeling of Wholeness is a state that is discovered both as a character and also through the experience of the whole play.

We have to accept that Form and Wholeness are woven into our lives. The two things we know for sure are that we are born and we die; a beginning and an end. Because we understand this on a fundamental visceral level, it is not surprising to me that we often look for this quality in art. The end we seek in our plays and films is not necessarily a comfortable easy end; nor is it always an attempt to just have our own values expressed and validated. Remember, if you look at a play or film with an ending which appears inconclusive, the creators have decided that ending for a reason.  It is still an ending.

In my real life experience, endings are beginnings with new challenges and obstacles and pleasures. At least they are changes – the start of a new consideration, some new way of being. The end is a stopping and pausing point. however, in a work of art it offers a deep satisfaction because it is a pinnacle, a place for the characters to rest and take stock before they move on. In a fictional narrative, it leaves us with a feeling, a question and a resolution all rolled into one – if it is powerful that is.

So, in addition to needing a ‘Feeling of Entirety’ for the whole piece of art, we have a feeling of form for the character. What about the beginning, the start of the character’s journey? What are the energies and desires he brings into the space and how does he seek them?  Chekhov always talks about How and what  being the most fundamental questions which lead to the answer of Why someone does something.

When working on entrances and exits in another workshop, we observed that the moment you entered was one of your moments of ultimate power. The audience are intrigued by a new energy, by a feeling that the arrival of this person is going to change things, alter the dynamic. Finding a starting point through psycho-physical exercises is a nuanced and exciting exploration. Finding the end point gives you somewhere to go.

If you are interested to book for this course , please contact chekhovtrainperformireland@gmail.com. the cost of the course is €180 for tuition only

The other day, I decided to take down some pictures from my study. Among them was a large framed ‘thank you’ picture of a production of SPRING AWAKENING, the second show I had done with Galway Youth Theatre, an incredible organisation started by an indomitable committed woman called Rebecca Bartlett in the early 90s. I put the pictures up on Facebook as a memory and was soon contacted by several of the people involved in it.  It made me think about the power and value of youth theatre, and the shortsightedness of governments who considers such activities at best as worthy, rather than vital, to a young persons ðevelopment. Usually of course, the power of art in all its forms on young people is merely dismissed as an amusement rather than something which seriously impacts on the quality of life.

In the time I was working at GYT and the organisation was reasonably well funded, under the stewardship of Niamh Dillon and then Andrew Flynn, a whole host of people eventually went on to work as actors, technicians, writers, designers, and film makers. The youth theatre did productions, devised pieces [when this was less common], encouraged new writing, voice classes, theatre history and had a production course .

I have compiled a list of people I remembered had participated who went on to artistic careers. It is most certainly not exhaustive and I apologise to those I have left out, or those I am not aware of because they came after I had stopped teaching there. Perhaps we could start adding others in order to build something more comprehensive?

But Youth Theatre cannot be deemed a success simply by those who go on to achieve things in the theatre or other art forms. It also and in many ways more importantly, affects those it touches who do not go on to make a career path in the arts in some way.

One night I was coming back from an evening rehearsal and I stopped at my local garage. The woman in her late thirties behind the counter asked me what I actually did for a living that I was coming back late so often. When I told her I was working at the youth theatre, her face lit up and she started telling me about a project she had got involved with in the very early days of GYT when she was 15. Though she had not pursued anything in the field of theatre, she nonetheless had a wonderful experience at what is a very special and yet often quite tricky time of  life. I have numerous stories, as I am sure all facilitators do, of how being in a youth theatre got a young person through some challenging situation, how it helped them blossom and develop. I always remember one young woman of about 15/16 running up to me after we had done a piece of work saying how her life was transformed by being in the process of theatre . She was buoyant and joyous, as if she had been released from  a cage. It is truly amazing to see this expression of joy in someone and very satisfying to feel that in some way you have helped them have that experience.

Theatre is such a wonderful process for young people to experience. It infuriates me it is not better funded particularly in these times when people are complaining about the waywardness of young people. It explores feelings and has a wonderful embodiment of team spirit that exists almost nowhere else.

Here is my list. As I say if you are not on it then ADD yourself. 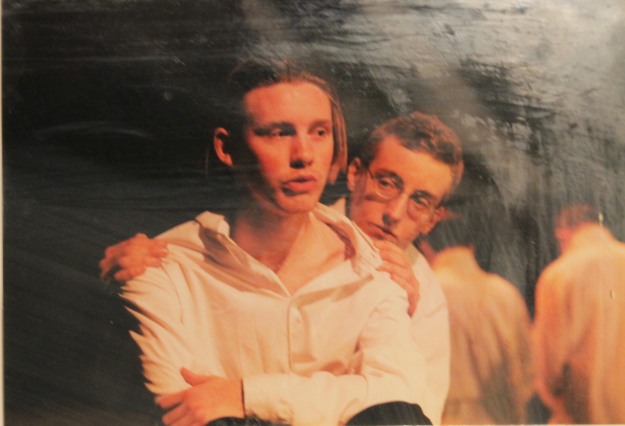 A vast number of others went on to do further degrees or training in arts related subjects work or work in youth related areas etc.